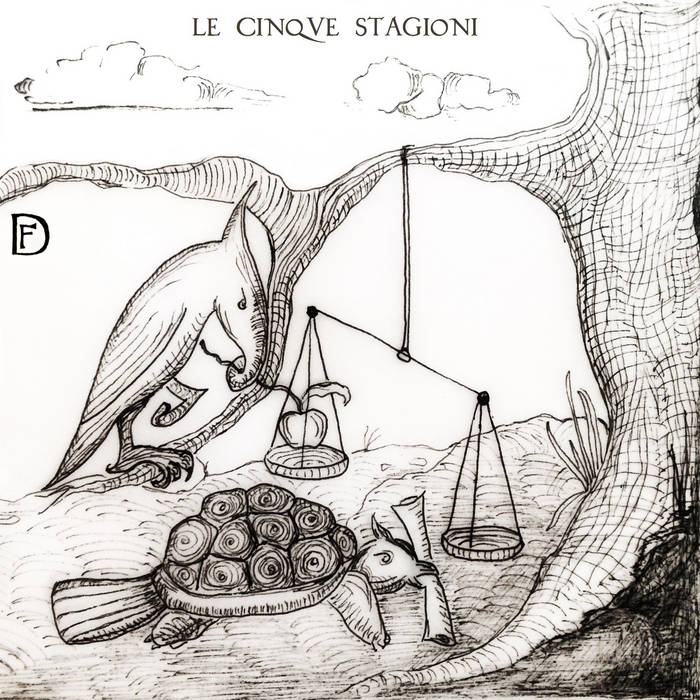 We are Der Finger band from Moscow, Russia, developing avant-jazz, noise and psychedelic improvisational music since 2012.

Most of our previous records may be found on our bandcamp page: derfinger.bandcamp.com
In 2015 our album "Zug" was also released by Fancy Music label: fancymusic.ru/der-finger-zug/
This year we have finished a new album "Le cinque stagioni"
The personell for this improvisational album was:

The idea behind is that 5 recorded tracks represent 5 seasons of "Illuminati calendar" that is mentioned in Robert Anton Wilson novels, so tracks are named by original German names of these 73 day seasons.

Music of Der Finger was characterized as "dark-jazz or dark minimalism with modal touch colliding the positivism of natural science on the one hand and the symbolism of the era of decadence - jugendstil - as they said at the time. Even from the band name it is clear that Der Finger uses not jazz English, but decadent German, the language of the Vienna association Secession. They stand out from avant-garde rock aesthetics by a rational-positivistic approach to the existential nature of unprogrammed free improvisation." (Dmitry Ukhov, known Russian jazz and avantgarde critic, "Radio Culture, Moscow 91.6 FM)

"Le cinque stagnoni" album was recorded on March, 9, 2018 in Sanchillo Vintage Recording studio, Moscow, were "Das Zeit" and "Zug" albums were recorded and mixed before. This time the band was joined by Edward Sivkov, Evgenia's father, free- and avant-jazz saxophonist, who appeared before on some previous records and live gigs of Der Finger.

Recorded five tracks were decided to be atrributed to "five seasons" of "Illuminati calendar" that is mentioned in Robert Anton Wilson novels (notably, "Illuminatus!" trilogy), so tracks are named by original German names of these seasons, each consisting of 73 days, representing development stages of everyrhing from complete chaos to complete fuck-up (SNAFU) and then again in the eternal cycle:
1. Verwirrung, 2. Zweitracht, 3. Unordnung,4. Beamtenherrschaft, 5. Realpolitik