by PETROLIO&YUKO ARAKI vs WEAR AND TEAR 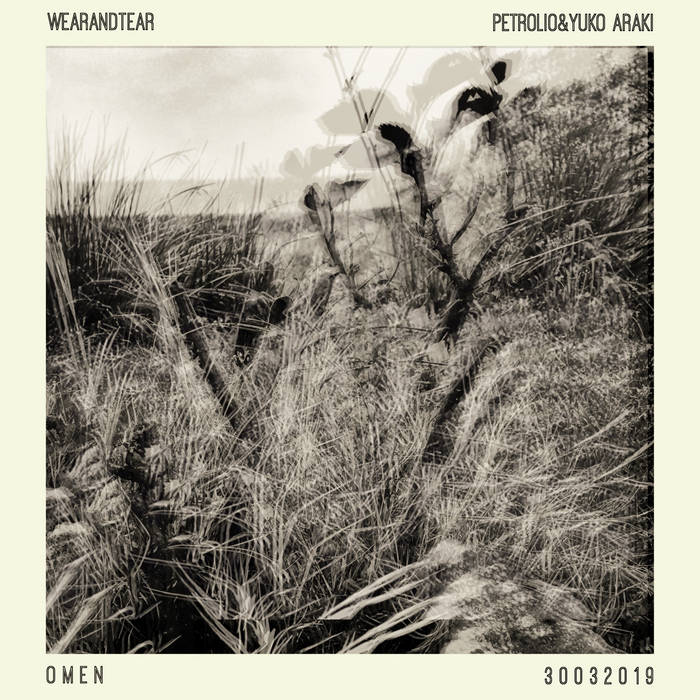 Multi-instrumentalist composer in Tokyo, Japan. She started playing piano as a child and later as a teenager inspired by the hardcore and metal music that she heard in her hometown rehearsal studios, she immediately joined a band. In 2013, she joined the Acid House duo “YobKiss”, produced by Dutch artist Paul Borchers, as a singer and electronic musician . She founded the Neo classical noise duo “Concierto de la Familia ” in 2016 inspired by the playing style of Yngwie Malmsteen , and also plays drums in the Oriental dream psych band “KUUNATIC ”. In 2017 , she started her solo improvised Experimental/Noise project using analog synthesizer and cymbals.
facebook.com/yukoarakiii/
soundcloud.com/yuko-araki-tokyo

WEAR AND TEAR was born in 2009 . It's a solitary project that was created with the intent of the communication of all the discouragement that we receive in our society and and above all by the people who compose it, with its dark and melancholic sound, designed to highlight the rotten movement of the human being.
soundcloud.com/wearandteardave
facebook.com/wearandteardave/
DavideBacci@hotmail.it