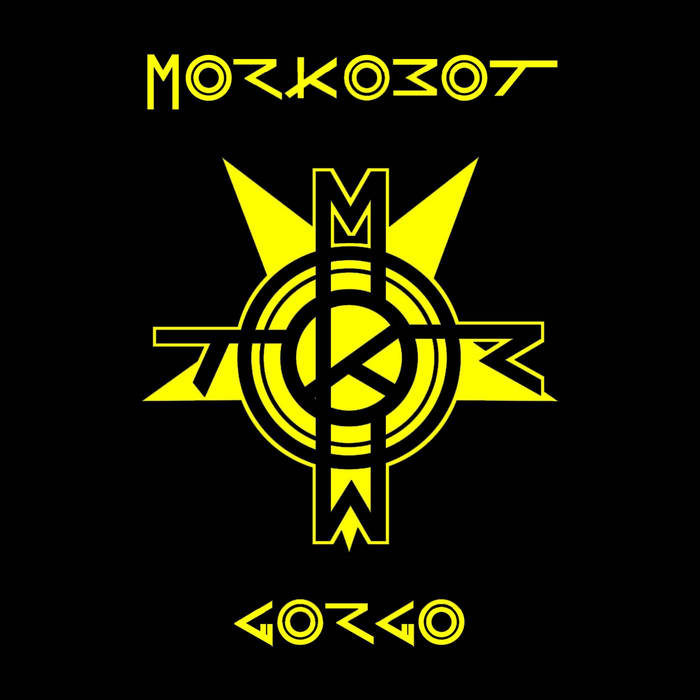 GoRgO, MoRkObOt's fifth full-length, was recorded from November 2015 to January 2016 by Giulio Ragno Favero (Zu, Teatro Degli Orrori, OvO, One Dimensional Man) at Lignum Studio in Padova, Italy. It ushers in a new era in writing for the band; one that revolves around constructing more ambitious structures driven by simpler forms and tighter structures.GoRgO took only three days to record, and was cut live in a minimal amount of takes, testament to the trio's impressive musical coherence and unity, and the mixing process took another eight days, with no further editing being required.

Since the dawn of the first galaxies the voice of MORKOBOT resounded solemn over the saturated atmospheres of the planets in evolution. Dominator of the magnetic strengths and ancestral regulator of the conscience flows, MoRkObOt has returned to the Earth through his three messengers LIN,LAN,LON brutally subdued to his will. MoRkObOt manifests himself through sonic experimentations that humans call music. MoRkObOt pervades the darkened minds of Lin, Lan and Lon conducting their notes in sadistic consequential deliriums. Come to feed you with the supreme verb!